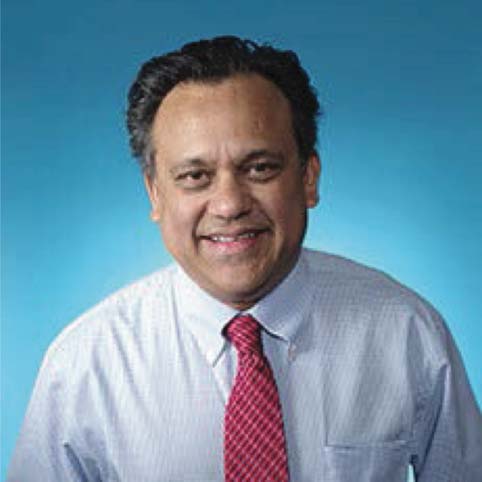 Dr. Ebrahim Haroon earned the medical degree (MBBS) from Madurai University Medical College, India in 1981 and underwent psychiatry residency training both in India at the Madras University Medical College and in the USA at Yale University. He is certified in Adult Psychiatry and Brain Injury Medicine by the American Board of Psychiatry and Neurology. During medical school, he became fascinated with physiology of homeostatic mechanisms that maintain brain circulation during vigorous physical activity. During his psychiatry training, Dr. Haroon first sought to explain why patients with cerebrovascular disorders such as stroke develop depression at a frequency that was much higher than could be explained by disabilities or comorbid medical illnesses. He published the earliest studies of post-stroke and vascular depression in India, demonstrating that the primary determinant of this disease was the location and extent of brain lesions, and not the disability or medical comorbidities. His further enquiries in this area of research led him to work at acclaimed research programs in the United States. He has expanded his work to examine how immune and mechanisms mediate the link between circulation, neurotransmitter dysfunction and depression. Chronic inflammation is known to identify a distinct ‘subtype’ of depression with a unique clinical profile. Neural rewiring induced by an excess of immune molecules released during immune activation is believed to lie at the heart of this pathogenesis. Dr. Haroon’s current studies hypothesize that altered glial activity and resultant neurotransmitter metabolism play a key role in mediating this inflammation-induced neural rewiring. Consequently, his current work attempts to modulate glial and glutamate-induced synaptic dysfunction to treat behavioral disorders associated with inflammation. Given his South Asian roots, Dr. Haroon has a vested interest in promoting psychiatric research in South Asia and Pacific region. Dr. Haroon joined the faculty at the UCLA in 2003 and has continued as an Assistant Professor of Psychiatry and Behavioral Sciences after this move Emory University, Atlanta, G. He has been honored with university and national awards and is a Fellow of Indian Psychiatric Society. He is the Primary Investigator on 2xR01s from NIMH and was previous funded using a K23 Career Development Award. In 2016, he was appointed to the Editorial Board of Brain, Behavior, and Immunity. He has published over 40 papers.